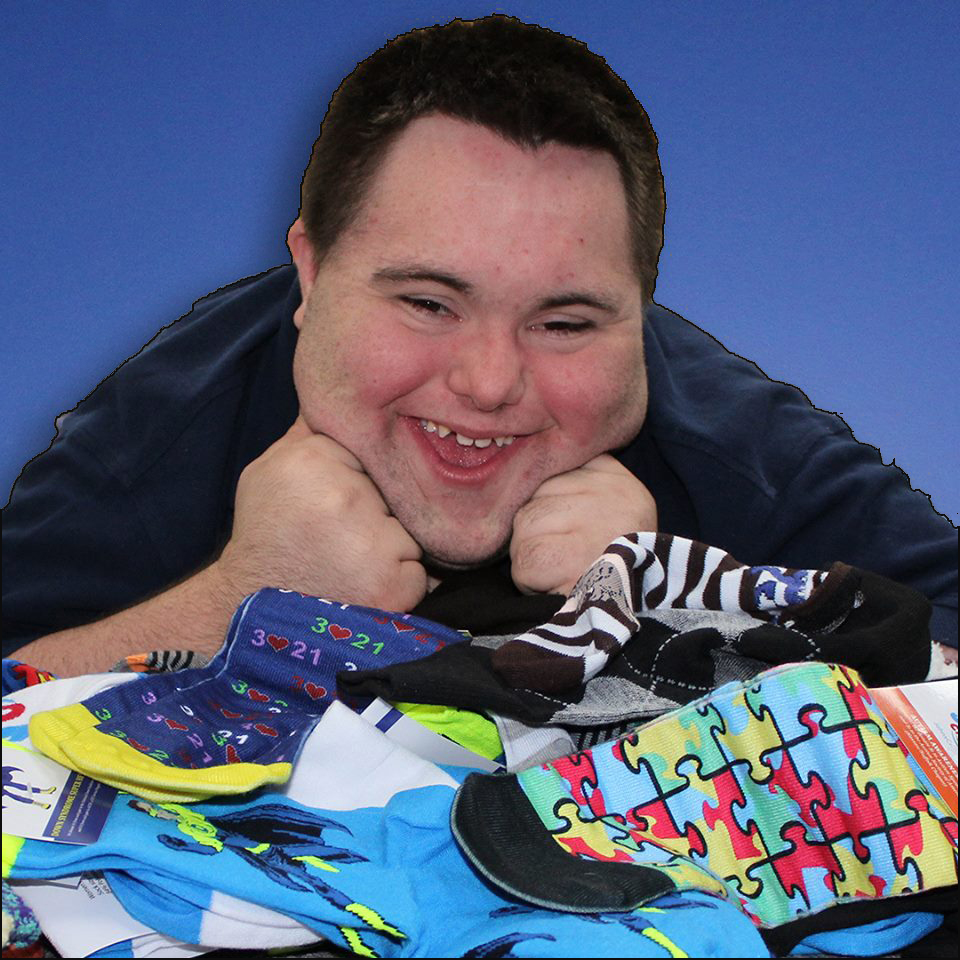 John Cronin is a 24-year-old entrepreneur who happens to have Down syndrome. John is the co-founder and Chief Happiness Officer of John’s Crazy Socks which has a mission to spread happiness and show what people with differing abilities can achieve.

As a business leader, John has created a business where more than half the employees have a differing ability. John’s Crazy Socks has shipped over 360,000 orders to more than 85 different countries and earned over 27,000 5-star online reviews. John was the first person with Down syndrome to be named an EY Entrepreneur of the Year.

John is a fierce advocate for people of differing abilities and has testified twice before the U.S. Congress and spoken at the United Nations. He became “sock buddies” with former President George H.W. Bush and has been featured guest on national news programs. Speaking engagements that John performs with his father and co-founder Mark have taken them across Canada, the U.S. and Mexico and they are part of the U.S. State Department’s Speakers Bureau.

John is a member of the Board for the National Down Syndrome Society and the Athlete’s Congress for New York Special Olympics.